Written By Jamal Molla
Jamal is an English teacher and freelance writer with a passion for NFTs, metaverse, crypto and technology. 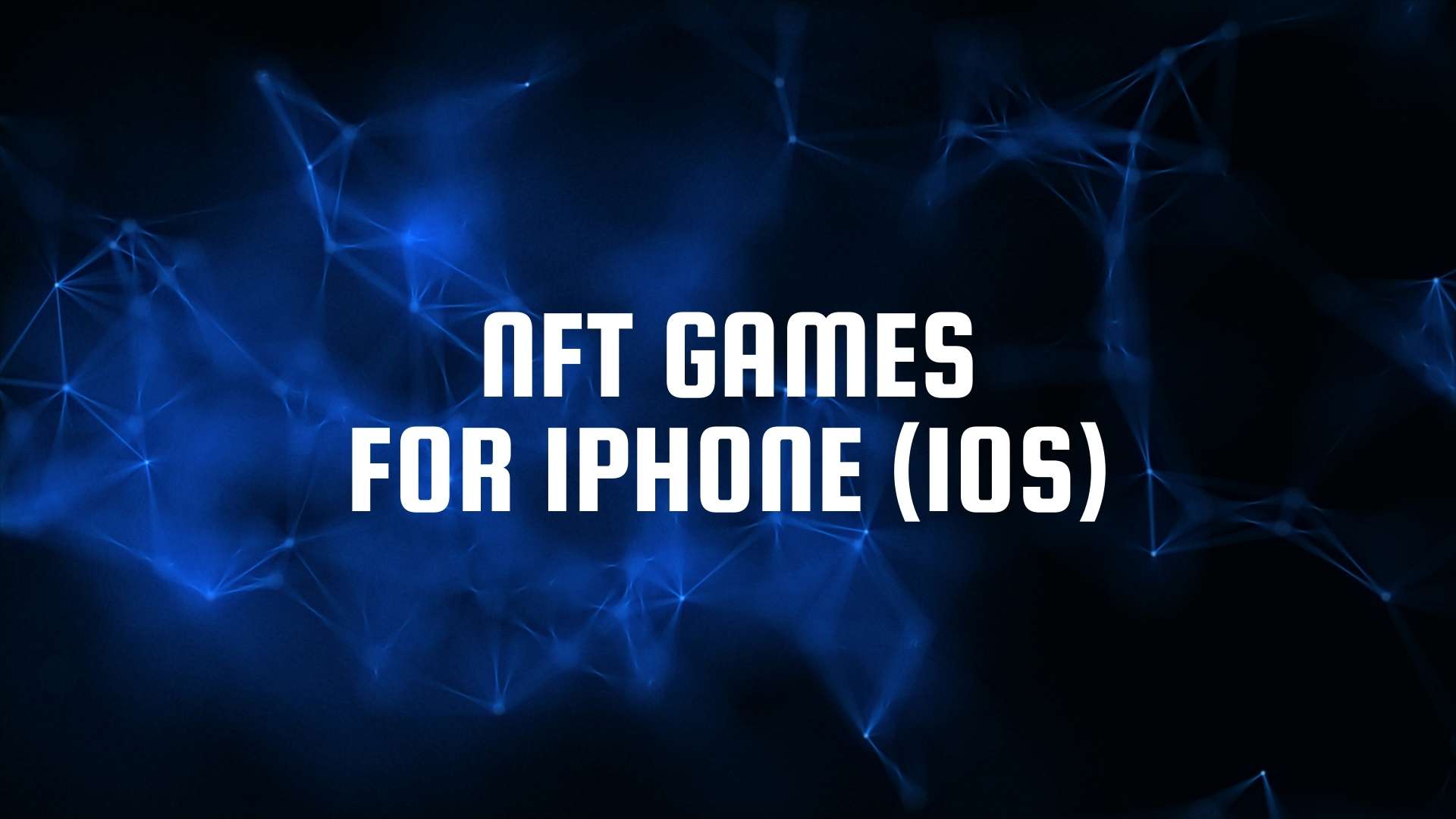 Game developers all over the world have taken the NFT industry by storm with their amazing NFT games with attractive and exciting features.

With an increasing interest in Non-Fungible Token (NFT), the gaming and NFT community can explore the universe while playing awesome NFT games on their iOS devices.

How do NFT games work?

NFT games are a unique brand of online games that combine unconventional game mechanisms with conventional gaming designs to give players more control over several aspects of their games.

They can customize features such as weapons, skins, virtual lands, characters, and a host of other in-game assets that boost the games’ overall appeal.

These games are driven by blockchain technology. NFT token standards are adopted to give developers preservation powers over some in-game items’ uniqueness and rarity. The technology also allows players to breed or create new characters.

They can also earn or unlock new items, besides the opportunity to purchase digital items on third-party or native marketplaces, giving them exclusive ownership rights over these game assets.

If you wish, you can sell off your game’s assets and make money, the reason why these games are also known as play-to-earn (P2E) games.

Below are some of the best NFT games for iOS users:

Axie Infinity is inspired by the awesomely popular Pokemon game series. The developers incorporated some special features such as blockchain technology for better performance.

In this game, players have the luxury of breeding and collecting Axies, NFT-based digital pets they can use to battle other players.

Each Axie has distinct features and market value that is determined by its unique traits and rareness. It can be traded on the Ethereum NFT marketplace.

In this MMO Strategy game, gamers have everything at their disposal to fight for dominion As a player, you are allowed to own and trade NFT digital assets.

Gamers are also offered a transparent congress and voting system that allows them to participate in game governance.

While playing the game, you can expand your alliance’s territory, fight for hegemony, and elect your leaders, everything to dominate over your opponents.

You can claim ownership of lands as real estate NFT while exploring the virtual real estate industry and earning Ethereum rewards in the process.

Genopets is another NFT game with distinct features. It is the world’s first Move-to-Earn (M2E) NFT game.

In this game, you summon your digital familiar with your psychological profile fully integrated into it.

While serving as your digital familiar, it represents you as an NFT. Hence, it is an evolution game that will shape your gaming experience as you make in-game choices that are influenced by your daily real-life actions.

While playing the game, you can challenge other players to battles and win KI tokens. You can also stay on the sidelines and watch exciting games.

The game will improve your reflexes, spatial awareness, memory, and other tested cognitive abilities.

It is set in the Ventuna, home to a wide range of lands and races, where players can assume the role of a Guild Master and collect heroes from different backgrounds to form its chain of heroes.

Your mission is to overthrow the Dark Lord Oblivion and his minions who are hell-bent on ruining Ventuna with their reign of terror, thereby launching you into a next-level Fantasy RPG game.

Splinterlands is a play-to-earn and free-to-play tradable card game that allows players to earn rewards for winning card matchups.

To play this game, each player is required to visit the Splinterlands website and buy a starter pack of the needed cards, unveil the cards, and register a Steem account.

A player may find unique and rare cards or the same set of cards that they can sell in pieces in exchange for cryptocurrencies or combine identical cards to improve their gaming power.   You can earn more cards by competing with other players after mastering your cards. It’s a great way to increase your financial power.

If you are looking for a fun way to achieve your fitness goals, consider Stepp App NFT game. The game brings friendly competition and social interaction to fitness goals.

It combines some of the best technologies such as augmented reality, metaverse, and blockchain to achieve that goal.

Players will have the unique privilege of earning rewards by exercising in the real world while their mobile device takes them to the virtual metaverse world. You will be rewarded with NFT for the number of steps you take in the real world.

The blockchain PC game will allow users to play and earn TOWER tokens. You can use the token to buy NFTs for the Crazy kings franchise. Players are also allowed to participate in tournaments and other activities where they can earn more tokens.

The Dootmoovs game is ideal for gamers who desire to have fun without losing the comfort of their homes. It is a sports revolution powered by NFT and blockchain.

You only need your phone’s camera to engage in sporting activities and compete with others who share similar ideas across the globe.

The game developer integrated Artificial Intelligence as a referee to give each player an accurate score of their performance.

When you win a competition, you will earn NFTs and $MOOV tokens.

Battle of Guardians was developed in Unreal Engine. The real-time multiplayer NFT fighting game was built on Binance Smart Chain and Solana Network.

In this game, multiple players can pitch tents against each other and earn rewards while playing the real-time combat game.

Players can assume different characters such as demons, humans, or guardians while playing the game. They can also be elite fighters, legendary warriors, or gods of war, depending on their character level.

Project SEED prides itself on the future of the GameFi ecosystem with its all-in-one blockchain gaming project. The game allows you to create custom-made weapons that meet your fighting needs and style.

As the people of Avoria are threatened with extinction, disappearing wildlife, and receding lakes, they must rise and restore their once beloved world to her enviable past.

As a player, you take up powerful weapons and summon natural prowess and bravery and join the natives in this quest to rejuvenate their once lovely and beloved home.

iOS device users can select any of these awesome and most popular NFT games to play on their devices in 2022. They offer a wide range of money-making opportunities and exciting adventures for gamers across the globe.

What Are NFT Games?